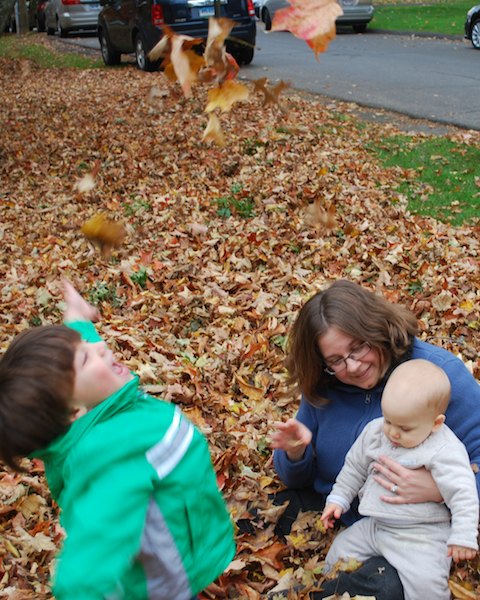 We've had a nice three weeks since we last updated our general goings-on. Enjoying the fall - my favorite season! We finished up the High Holidays by celebrating Yom Kippur at our synagogue. We brought the boys to the last service of the weekend so that Seth could hear the shofar being blown - the traditional ending to the High Holiday period. Geema gave him a shofar at Rosh Hashanah, and our rabbi was hosting a shofar brigade, where everyone could blow their shofars at once. Seth got to be part of a little parade and stand up at the front (with Daddy) and "blow" his shofar. He was so cute and excited to be part of the ritual, and he was also in awe at the loud noises coming from all the other shofars. 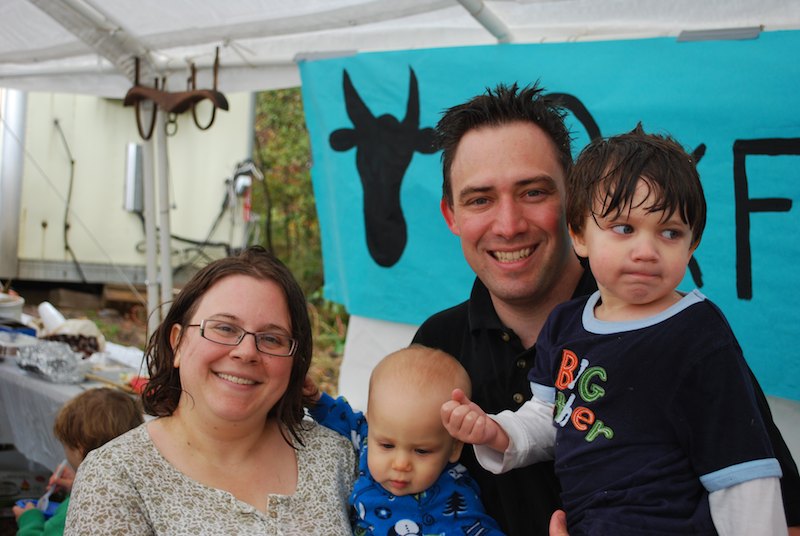 On Saturday, we went to an end of season farm festival at the local farm we had a farmshare from this summer. Papa was visiting, so he came along for the fun. It was a great little festival. Seth got to pet a goat, and there were also sheep there. Seth enjoyed playing with the little demonstration spinning wheel and looking at the yarn. There was a neat little craft where the kids could paint with vegetables - sliced peppers and apples and corncobs dipped in paint made beautiful patterns. Evan was content to observe events from the Beco, and the weather was beautiful. So beautiful that we left our coats in the car, happy for a nice day after two days of pouring rain.

The big news around the Healy household is that Evan just started crawling on Monday! He's been very close for a while now, rolling back and forth, pivoting and scooching, but he finally figured out how to get some forward motion! It's just an army crawl right now - he's not up on his hands and knees yet. But I just put him down on the floor and he used his little elbows to propel himself forward. He was very interested in some toy cars, and he figured out a way to get himself there! There's no stopping him now! Jason was at work and Seth was napping when Evan made this leap, and then we had to rush off to Seth's gymnastics class. By the time we got home, Seth was so excited to see Evan crawl, he just couldn't wait! Seth was very excited for his little brother, and got down on the floor to crawl around with him. I managed to get a little video of Evan's first crawling experience: