When Evan was maybe four years old, we were at the Shelburne Falls Trolley Museum. I took Evan to the restroom, and he noticed that there was a framed train puzzle on the wall. Evan always loved trains, and he would often point out train pictures wherever he would see them. He thought it would be great if we could frame a train puzzle and put it on the wall of his bedroom. Life intervened, and we didn’t get to it right away. However, we did get to it. I got Evan a 100 piece puzzle; we completed it, framed it, and hung it on his bedroom wall.

A couple years later, when Evan was closer to seven or eight years old, he wanted to complete a tiger puzzle in a similar fashion. We looked on Amazon, and Evan got his heart set on a pretty cool puzzle: 550 pieces with 16 tigers (many of them glow in the dark!). This mama was not totally convinced we could complete such an intricate puzzle, but Evan really wanted it. So, we ordered the puzzle and the frame and got to work. This puzzle was hard!!

We have a lot of things and people and moving pieces in our house. Over the next six months or so, we worked on the puzzle in different places and with different configurations of helpers. As much as we might wish, we don’t have an annex to the house where we can leave out huge 550 piece puzzles! Eventually, for one birthday party or another, we had to move the puzzle down to the basement. We always intended to return to it and complete it. Evan would ask about it from time to time; gone but not forgotten.

Well, a few months ago, I was stretching to reach a giant Costco-sized package of toilet paper from a high storage shelf. I thought I had it, but down it came - crash - yup, on the half-completed tiger puzzle. Tiger puzzle pieces all over the basement floor. Blink. Inhale. Exhale.

I could have tried to gather all the pieces together. (But maybe one of the 550 would have been missing). I could have decided the puzzle wasn’t meant to be. (This would have been okay!). But, I decided that this was a project that Evan deserved to finish. He doesn’t get to finish all his projects - he’s the middle child of four. But together, we could experience a lesson in perseverance, forgiveness, starting over, and completing something really meaningful.

I ordered another 550 piece tiger puzzle. When we had the folding table up for Thanksgiving, we left it up and started working on the puzzle. We had different levels of interest and different helpers. On New Year’s Day, we finished that puzzle. We put puzzle glue on it, and we framed it. A couple days later, Jason hung it on Evan and Seth’s bedroom wall.

Will Evan always be able to start every failed project over again? No. But. Is it a good growing experience for him to see what it looks like to fail, start again, and succeed? Yes. Was it a good lesson for me to accept that I could not put that original puzzle back together? That I had to decide to scrap it and move on or to start again? You bet. Is the answer always simple and clear? Nope. Regardless, sometimes a huge package of toilet paper falls on your tiger puzzle, and it’s good to be able to decide how you want to proceed. 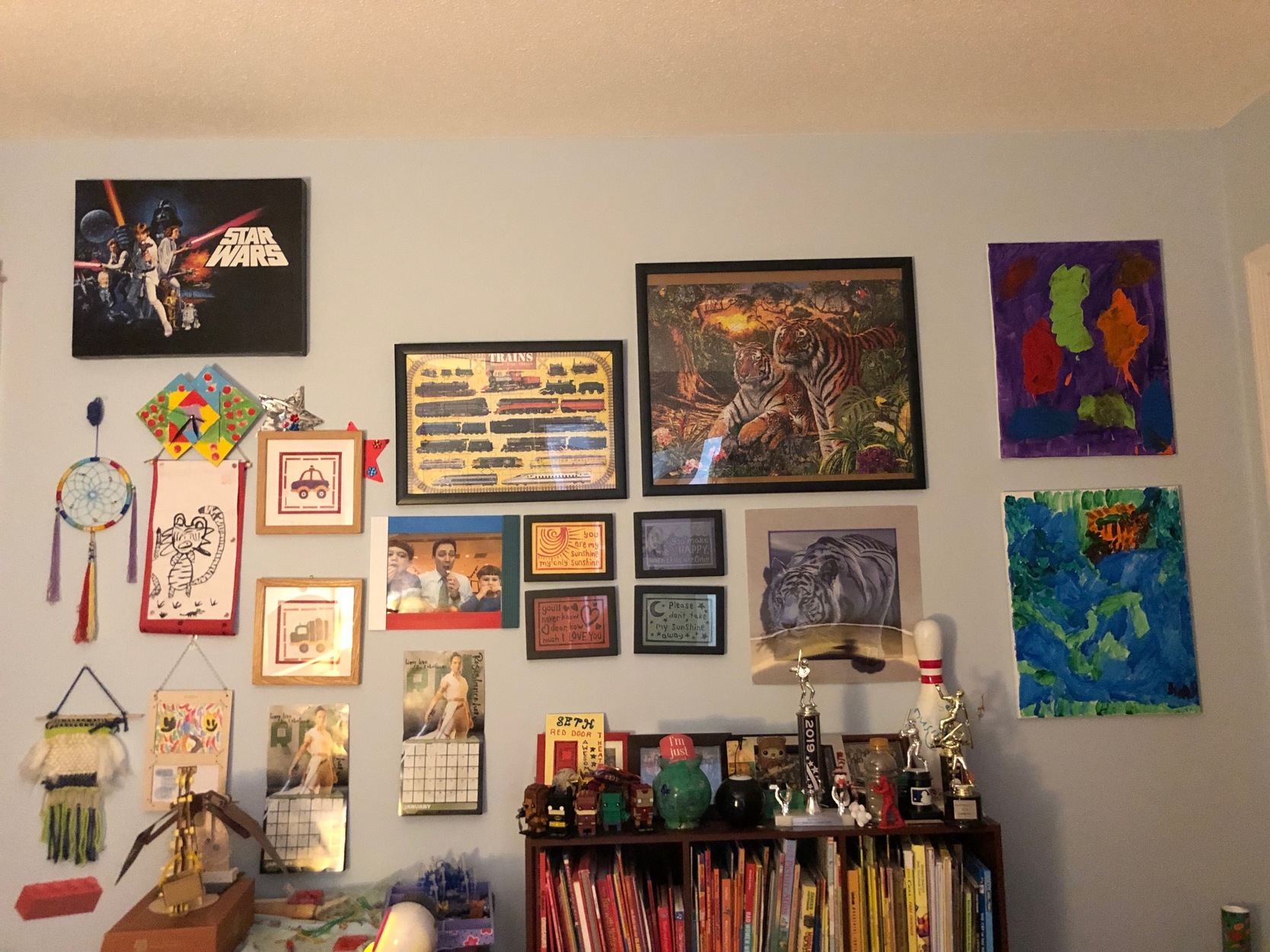