The boys just had their yearly recital at Suffield Music. This was Evan's first time, as he's been playing for just under a year. They both have Dan as their teacher, and he's really been great with trying to teach them about technique while also picking songs that the boys are interested in.

Evan was happy to be up on stage, and also got a little bonus at the recital right before he went on. An older student's bass guitar broke right when he was about to perform, so Evan loaned him his guitar! It was great for Evan to see what a few more years of practice can do, even with the exact same instrument.

Seth performed on his own, and also as part of his guitar ensemble with other students. Unfortunately, because the recital had been postponed some of the ensemble members couldn't be there. But we were treated to Dan performing on drums...

When you look back to a year ago, it's hard to believe how much progress Seth and Evan have both made! Though practicing isn't always their favorite thing, they've done a good job and we hope it's something that they continue in the future.

Dan was nice enough to pose with the boys afterwords. ;-) 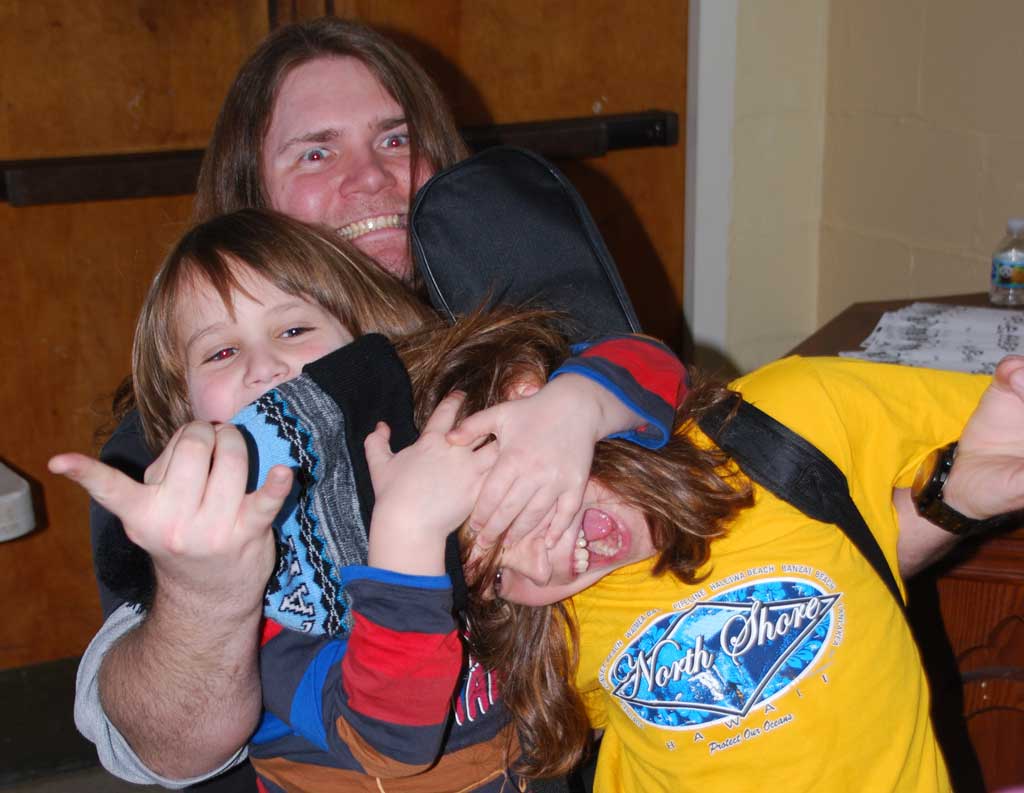